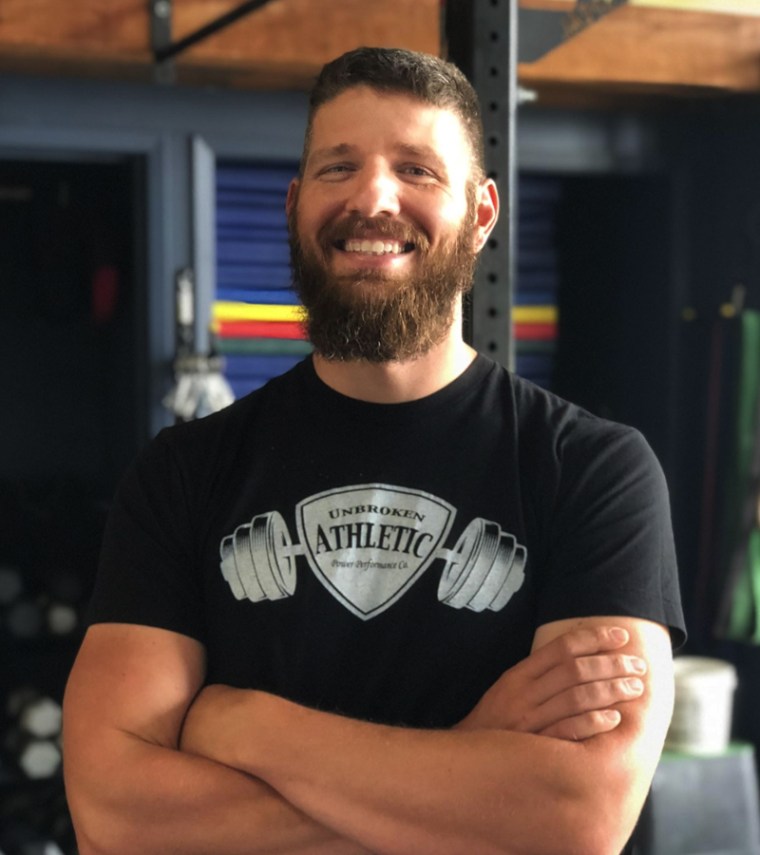 I got a late start on my fitness. I played a lot of different sports growing up but never stuck with one. It wasn’t until after I got married that I realized out badly out of shape I was. With the help of wife and proper nutrition I was able to lose 70lbs. During that journey we found an online blog called CrossFit.com. I fell in love with the sport and weightlifting. I began learning as much as could from my coaches and the CrossFit journal. I researched and studied great lifters and coaches like Tommy Kono, Greg Everett, Mike Burgener and Mark Rippetoe. In 2010 I was given an opportunity to co-own a Crossfit facility and it was there I started coaching group classes and weightlifting courses. I’ve helped coach athletes make it to the CrossFit central east regionals in 2011,2012, and 2013. Unbroken Athletic has be a dream that I’ve had to bring fitness to my community for over 8 years.

I Never thought I needed a coach or a community to achieve fitness not because they were too expensive or hard to find but more of an ego issue. Nobody wants to feel dumb and being in that room with people that were way more advanced is intimidating. But the athletic community was welcoming and helped me to feel like I belonged. They didn't buy my self doubt or weakness they held me to a higher level and pushed me to become better. Fear is the biggest thing that holds so many of us back, but if we lean in we often find that our biggest fears and challenges are the things that help unlock who we were created to be.

Coaching is not being your cheerleader, Its about moving you to a goal so that you can overcome your fear and find yourself. My purpose is to find weakness and exploit it and work to remove it. I have a passion to develop those that want to fail over and over in-order to discover the best versions of themselves.